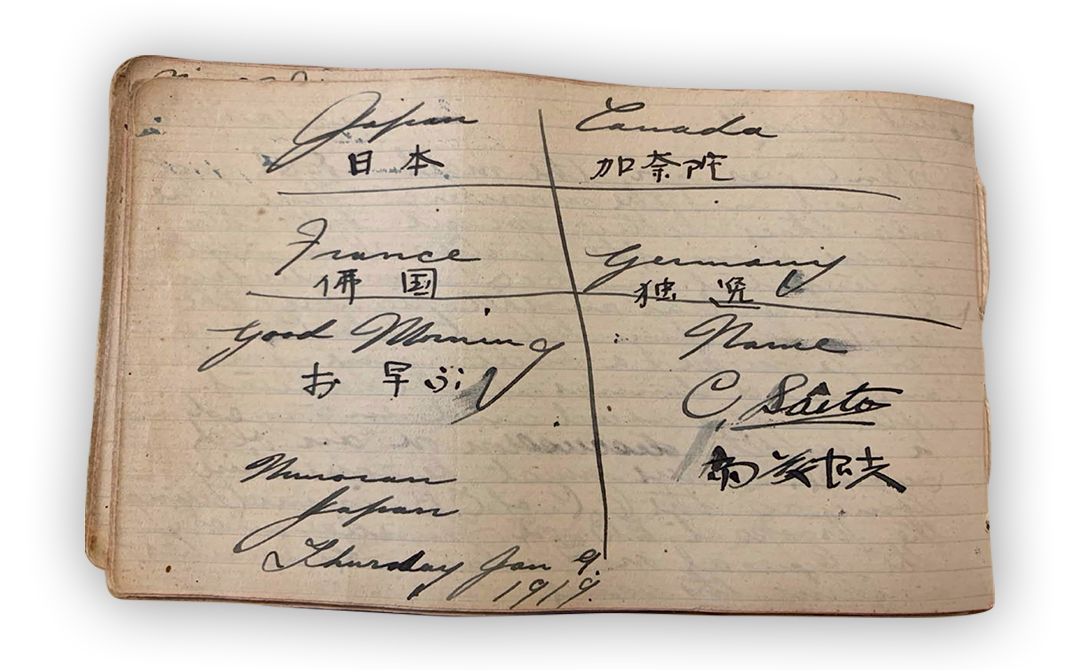 James Shanks Patrick (1898-1959), a Scottish-born immigrant to Canada, was a bookbinder in Ottawa, before enlisting in the Canadian Expeditionary Force on 25 May 1918, just a few months before the end of the war. The nineteen-year old solider, who listed his mother in Ottawa as his next of kin, had blue eyes, brown hair, and stood 168 cm tall. Five weeks after the Armistice, on 21 December 1918, the now twenty-year-old Patrick signed up for the Siberian Expeditionary Force.

His war diary describes his transpacific voyage from Victoria, British Columbia, to Japan, and to Vladivostok, Russia. In his landscape style war diary with lined paper bound in dark red leather covers, he detailed his experiences with literary flair and graphic detail. Covering his time in Russia from 12 January 1918 to 22 April 1919, his diary reveals friendly interactions with Russian, American, Swedish, Japanese, and Chinese people. However, some of the pages expose racial slurs against the enemy, while also illuminating social problems caused by the war and often repressed in official war diaries including alcohol abuse, outbursts of anger, and violence. More positively, the diary evidences the team support of comrades as they help the author quit drinking and ensure his safe return to Canada in May 1919. Patrick’s satiric account of “A Few Salient Facts” about his experience toward the end of the diary nonetheless reveals his bitterness and disillusionment. His diary presents an example of a personal war diary countering the usual emotional detachment of the war diary genre and drawing attention to the more disturbing elements of the war.

The diary is at the Archives of Ontario, along with a felt service badge belonging to James Patrick. 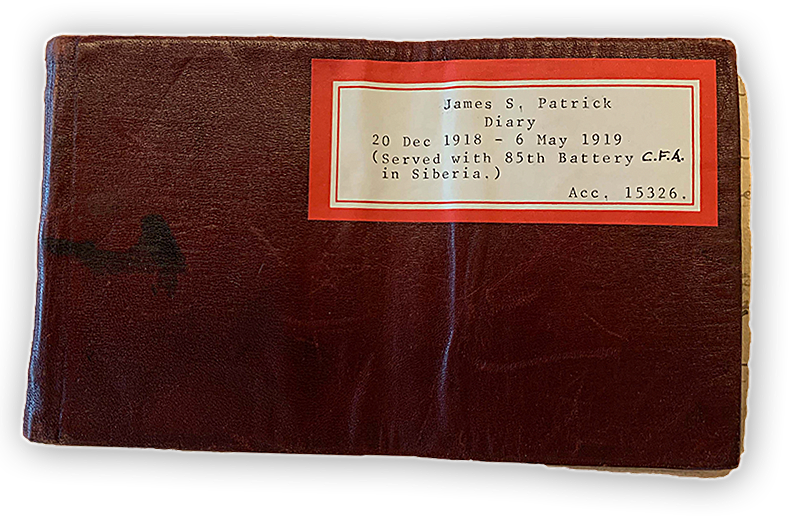 Personnel Records of the First World War - CEF 568027a. Library and Archives Canada.